Cyber Monday Got You Stressed? Oil up my friend!! 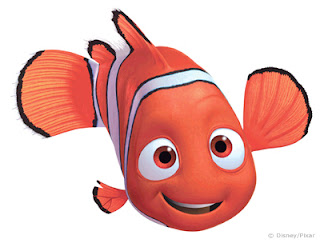 Knock knock.  Who's there?  Nemo. Nemo who?  I NEMO FISH OIL FOOL!! Yeah I made that up.  Don't be jello.  But for real though.  The holidays are upon us so you know what that means.  Shopping. Which means lines which means waiting which means being late which means craziness which means stress which means a too few many eggnogs which means a headache .....the list goes on.  I know we all tend to get a little stressed around the holidays and I have just the thing for you to prevent you from stroking out.  FISH OIL!! Yes that's right.  People that eat a lot of fish oil are healthier and live longer and have less cardiovasvular disease.  Look it up. Think Inuit.  Be Inuit.  Be the eskimo.  If yo don't take fish oil go buy some and start taking it.  Everybody in America should do it. Everyone. (yes, that means you)  Nutritional experts say that the ratio of Omega-6 to Omega-3 should be as close to a ratio of 1:1 and certainly no more than 4:1.  Most of us Americans are way over the 4:1.  Just think, when was the last time you had a nice slab of salmon?  How about the last time you had some walnuts?  I thought so.  Hey no one is perfect but we can all benefit from taking this stuff.  Your brain loves it, improves memory.  Your heart loves it, prevents Cardiovascular Disease and the stiffening of the arteries.  Your kid that can't pay attention to jack loves it, some studies have show it helps those with ADHD focus.  And your muscles love it, it's an anti-imflammatory.  Next time you run a 50 miler, or do a slamming workout on the track take some fish oil and call me in the morning.  I am not a doctor.  That being said don't blame me if any of the advice I give you on this site doesn't make you a superstar or has adverse effects.  Different strokes for different folks my running renegades.  But those strokes will be few and far between if you take your fish oil (see what I did there?).  Peace and good things!

Posted by MarathonJohn at 7:07 PM 0 comments 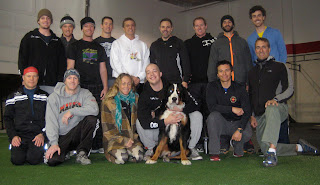 
Run on friends!!
Posted by MarathonJohn at 3:22 PM 2 comments 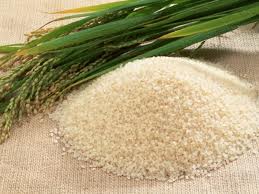 Hey Running Renegades, I know what you are thinking and I am sorry but this in not my Aunt Barbara's recipe for Rice Pudding.  What this is is an acronym my friend...you know like NASA?
Rest
Ice
Compression
Elevation
Get it? Ok so you have a sore knee.  Rest a bit throw some ice on it with an ice compress and put your feet up while you watch some TV. DO IT!!
Sometimes it is Halloween.  Sometimes you dress up like a Cowboy.  Sometimes you have to sprint wearing cowboy boots to evade a marauding Zombie.  It happens.  In such a scenario I rolled my ankle and ended up with a sore ankle or "sankle" as I called it the following day.  Did I go running? NO I rested.  I iced it and put it up and read a good book.  These are the basics!! It works wonders. Most would rather pop a few advil and than spend time icing their shit.  Most would rather complain about their injury.  If you are not attempting to fix the problem stop complaining.  Next time you are sore Ice it for 15 min on 15 min off a few times and see the difference.  You will recover more quickly guaranteed!
Posted by MarathonJohn at 8:48 PM 0 comments